when u go to the Very Small Shelf in the library that has info on ur Very Specific Niche Research Topic Of The Day and u go to pick out a book and they stick together bc they’ve been pressed into other books without moving for so long and some of the books are typed in weird typewriter font with huge spacing instead of regular shit and they have old analog library cards that were only punched one (1) time in 1983 like thats when u kno ur In Deep and u gotta like prepare urself….. u could find anything in that shit once u pass like the first bookshelf like its completely free game anything could happen bc u KNO that shit hasn’t been even glanced at in 200 years….open up the 1904 volume of Modern Dick Aerodynamics to the 4832954th page u gonna find a letter in morse code like “i leavith with mine cow for the countryside at dawn”

#i only ever found a couple old receipts but one feels a great love anyway#i was advised in high school to think of research as a way of joining an old and continuous discussion among peers#this was excellent advice tbh#it is comforting to think of oneself in community however vague with the venerable bede#because of course all my research was about medieval numismatics and wages & prices and all that#so you have to think about the medieval historians and their libraries; tiny and extensive at once#love to the ghosts who taught me everything i know via @girderednerve

This is the plot of Unsong. That’s it. That’s the whole book.

Did you know that when writing a post, you can rearrange the order of the post’s tags by dragging them?

I just realised this, and it looks very helpful for fixing typos in tag rambles: just write a corrected version of the tag and drag it into place.

#Tumblr: a User’s Guide #oh look an original post #the first two tags on this post were originally in the opposite order #just because I could #the more you know

#Star Trek #DS9 #it’s so weird to me that Odo never tried to get more information on how his own body works out of the Founders #not even before he knew they were evil #like #to name the most blatant example #if you’ve spent your whole memory-span among beings with lifespans of 1 – 2 centuries or so #and you finally meet a member of your own species #and she greets you with ”oh you’re early we weren’t expecting you for another 300 years” #would you not then *immediately* ask about your life expectancy? #like I get that there’s a zillion questions to ask but #I feel like that would be near the top of my list in general and *especially* after she says that #but he doesn’t ask about his life expectancy at *all* during that visit! #not even off-screen! #(we know this because he *does* ask on-screen *years later*!) #((the answer is live-until-killed by the way)) #tag rambles #death tw

Can tell Merry & Pippin apart, of course they can, what kind of question is that: Frodo, Sam

Could not initially tell Merry & Pippin apart but made an effort to learn their names & can now tell them apart: Aragorn, Boromir

Can absolutely tell Merry & Pippin apart but pretends not to be able to: Gandalf

Cannot tell Merry & Pippin apart and not even trying: Legolas

where do merry and pippin fall on this spectrum

What do you mean you can’t tell us apart, I’m much taller??: Merry

tumblr user slatestarscratchpad: [decides to answer a zillion medical asks all at once in their soothing, dry way]

me, settling in happily, rubbing my hands together: today is a good day

In this day and age, the convention of giving all of one’s children their father’s name is outdated and oppressive, not to mention limited in the family situations it handles. But the alternatives have their own shortcomings.

My spouse and I decided to keep our own names when we got married, and kick the can down the road for when we actually have children. But we’re going to have to decide how to handle it eventually, so I’ve been thinking about our options.

Kind of personal preference, I guess? To be honest I don’t like my spouse’s last name, and maybe that’s my real rejection to doing a coin flip. If you’re equally OK with either last name then it could be a good option. Definitely worth considering; it has many good properties.

It doesn’t cover everybody, but it seems like pretty much any naming scheme would have coverage problems (except union names, but that’s more of an absence of a scheme, “pick whatever you want”). I think of it as a “sure, you can do whatever you want, but if you *want* a default option, here it is”. (And one can use it as a starting point, adapting it into variants like “lesbian couple who give their kids both maternal halves, and flip a coin to decide the ordering”. (Or “–and pick whichever ordering sounds better”, etc))

(context: happily born-hyphenated, not planning on having kids but that doesn’t mean I haven’t considered the thought experiment of what their surnames would be)

@argumate the Racist Wizard is back, the same evil wizard from before.

There is a switch in front of you. If you pull it, the next person you date will become Your Soulmate; that is, the perfect partner for you, you’ll fall in love, blah blah. You know the routine. However, this person will ALSO become super racist. Extreme contempt for minorities. BUT. They will never show it. They will never express these viewpoints, not to you, not to anyone, and they will never discriminate based on these; they are, in fact, so good at counteracting their biases that they will not accidentally discriminate more than the average person. Also, your memory will be wiped about the fact that they will be super racist, so you won’t know. (The Wizard will cast a spell to do this because he loves racism.)

If you DON’T pull the switch, then every sexual relationship not involving you will involve lots of a kink that you have no good reason to morally condemn, but that you are personally really squicked out by. You will know, for the rest of your life, that everyone else’s sex lives involve a lot of that thing. Also, the Racist Wizard will occasionally come by to tell you, in graphic detail, about people doing this thing. However, it will make these other people very happy; they will love engaging in this kink and it will enrich their lives meaningfully. (Again, the Wizard will cast a spell that causes this; he likes racism, but he likes dilemmas even more.)

Bonus question: The Racist Wizard is at it again. If you pull the switch, basically every person in society except for you gets significantly More Racist, in the type of Stealth Racism described above. (This lasts forever and affects all future generations, if it matters. You will be the last Non-Racist Person. Or the last Not Particularly Racist Person. Whatever.) If you don’t pull the switch, then in some major European country people will be discriminated against solely because of the color of their skin, with no regard to race, ethnicity, or anything that is not pigmentation. This will last one year, and the discrimination will be widespread and reinforced by the government.

(You THINK you know what the last question entails, but I never said in which direction the discrimination would go; it’s actually done at random, changing every month.)

And yeah, the Racist Wizard is a dick. But hey, at least he’s not tying people to trolley tracks! He just uses a switch because it’s iconic of moral dilemmas at this point.

A racism that is impossible to detect, results in no discrimination ever, and is perfectly counteracted as a bias by every human who possesses it does not count as racism. It’s more like the common intrusive thought about jumping off cliffs.

In fact, the *only* bad outcome here is the yearlong, government-backed pigment discrimination.

If only every Moral Dilemma Genie could be as easy to work with.

I’m amused that this seems to be OP’s attempt at crafting a highly inconvenient philosophical dilemma, but they’ve really just produced a situation where ¾ actions that the omnipotent asshole might take are mildly annoying at worst. The choices in the first dilemma differ only in how *much* net good they produce.

>>It’s more like the common intrusive thought about jumping off cliffs.

In fact, the *only* bad outcome here is the yearlong, government-backed pigment discrimination.<<

…making humanity permanently more prone to intrusive thoughts–including altering every other currently existing person to be such–doesn’t count as a bad outcome?

(the new versions of them are stipulated not to be distressed about being the way they are [link], but there’s still the *current* versions to consider)

I’m not especially confident in my stance, but my first thought is to pull the first switch and not pull the second, on the grounds that those are the options that don’t involve mind-editing the entire planet.

(I considered not pulling the first switch and attempting to convince the wizard that no edits need be made because it’s already true, but while there are many very common kinks I am squicked by, there is no *single* kink that *all* non-me sexual relationships involve, so I don’t think I would win that argument.)

#racism cw #reply via reblog #discourse cw? #(I don’t like the way my response equivocates between ”human”‚ ”person”‚ and ”Terran”) #(but the other phrasings I tried don’t seem to get across as well how big a deal this would be) 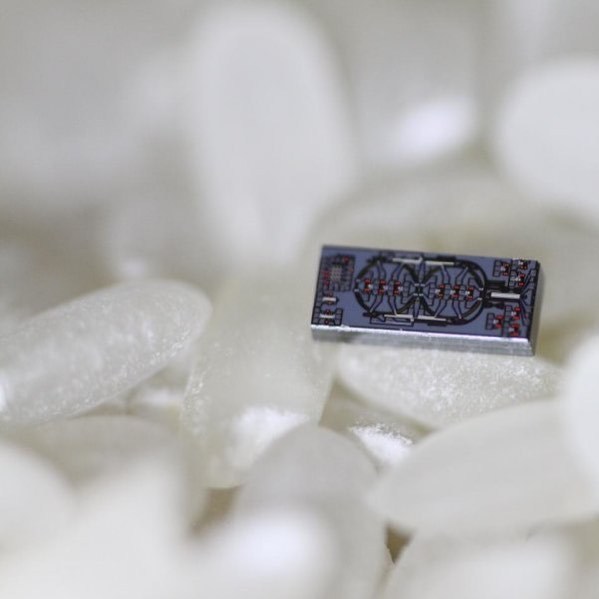 Those are grains of rice, and that’s a gyroscope. I’m amazed! @caltechedu
https://www.instagram.com/p/BpaAXWsHhLj/?utm_source=ig_tumblr_share&igshid=bzki1z89l8lx