But do you offer evil dental?

I said it was extremely good evil workplace benefits, and that is the bare minimum smh. All of my henchman have dental. If some “hero” comes in and punches one of your teeth out while you’re guarding my lair or any of its many nefarious secrets, I will ensure you get seen by one of the finest dentists money can buy

Excellent, I look forward to working with your evil team and being apart of your  nefarious schemes and plots

cool!  but what is the evil part of your plans

TNC is just a really, really cool piece of work

actually my favorite thing about Baikal is the lake itself!

viewed from above, it looks like nothing particularly special. sure, it’s a big lake, but it doesn’t have the surface area of the Great Lakes or the Caspian Sea, right?

see, Lake Baikal really isn’t a lake at all, it’s a deep rent in the earth’s crust called a Rift Valley that just happened to get water in it. and the Baikal rift is one of the deepest and narrowest on earth, making this deceptively placid lake slightly over a MILE deep! that’s bonkers nutso.

like, you think the OCEAN is bad, just imagine being in a little fishing boat on this thing without realizing just how far away the bottom is….

That bitch has a quarter of the fresh water in the entire world?!

I notice you never answered the crucial first question, OP. What lives in it? What lives down in that lake?

congrats, you lucked out this time! because it’s

that dwell in the depths

(this other branch is also good)

This Siderea post is good and talks about a phenomenon I’ve never really noticed before: https://siderea.dreamwidth.org/1519134.html

I have literally not seen a single thing on the topic which discusses the phenomenon of people being forced to live in less space as a consequence of outrageous rents. But that’s a thing that’s happening too. …

But you only get to save money on beer by brewing it for yourself, if you have someplace to put it while it’s fermenting. … Of course, it’s not just brewing your own beer, any more than this is just about owning books. There are a lot of ways, it turns out, people can economize on their other expenses, if their living space has the room. …

I’m rich but live in a small space (I’m paying ~$600/mo for rent in a big city) and, yeah, I don’t buy many things that would improve my life (including experimental health equipment that’s remotely bulky), not because I can’t afford it moneywise, but because I can’t own it spacewise.

Anyway, the post branches out some more, e.g hobbies you can’t do because you don’t have the room for it. I should chew on it some more but wouldn’t be surprised if weeks of percolation later I found I’d somewhat changed my mind on some housing issue downstream of thinking about this.

I used to see people voluntarily living in RVs and “tiny houses” and think “Well, you do you, seems like a valid preference to have, and I might very well acquire the taste myself someday”.

Now…it’s still “well, you do you”, but it’s more the kind of “you do you” response one has towards people who do recreational mountain-climbing. Like, yes you have that right, and I’m not going to try to stop you, but why are you putting yourself in danger when instead you could…*not* do that?

I no longer think I will later acquire the taste for small-space living: I am increasingly firmly of the opinion “a dwelling that can’t fit a three-month supply of food is unfit to be called a home”.

In related news, having an in-home treadmill is fucking amazing. It’s *much* easier to go for a jog if you don’t have to trek out to a gym, or go outside where the bugs and pollen and darkness are and the first-aid kits aren’t (and are difficult to wear while jogging). And the limiting factor in who can own a treadmill is very much *housing* (both space and stability: if you’re moving all the time you *really* don’t want to have to lug a treadmill with you), not money: you can get used (often barely-used) treadmills on Craigslist very cheaply from people looking to dump them because they’re too much of a pain in the ass to take with you when moving house. (Some of them will then buy new(-to-them) treadmills in their new location from people about to move away from *there*, and the cycle will continue; others will give up.)

This house once (long before my time) crammed 12 inhabitants within its walls, could comfortably fit 5 – 6, and currently fits 4. I’ve lived here for nearly 13 years and plan to do so indefinitely (and since we rent from a bank (via interest-only HELOC payments) rather than a landlord, it is unlikely anyone with the authority will try to kick us out of a building my father legally owns†; plus, obtaining *financial* ownership of our house is as simple (not *easy*, but *simple*) as shoving a couple hundred grand into the HELOC account, with no further negotiations required and no possibility that the landlord will refuse to sell).

Space, people, time: all of these are privileges when it comes to housing, but they are all privileges of the form “everyone should get the chance to have these things, and it is bad that some people can’t”.

P.S. I wrote another response to “The Privilege of Property” a few months ago [link], focusing on her apparent belief that it’s more efficient to live alone than with housemates.

†and is planning to add me as legal co-owner, so that my income will help when refinancing 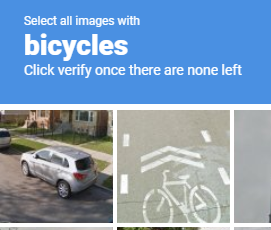 The Treachery of Images (René Magritte, 1929, oil on canvas)

Prompt: the ideological opposite of a catgirl.

so, a catgirl is a human woman who has taken on certain traits of the cat, which is a housepet known for its temperament – it is affectionate when it chooses to be, but it must choose to be. the appeal of the catgirl is the implication that the woman has decided, much like a cat, that the viewer is worthy of affection. thus the ideological opposite would be a feral creature that is known for being tame except for when it is provoked. countless examples of this exist in nature, so to narrow our options we will select one which is generally considered “scary” as a parallel to the “cute” cat, as is also as far away as viable from a cat. as an extremely social invertebrate, compared to the relatively solitary and spined nature of the housecat, i believe the hornet is the perfect choice; despite popular belief hornets are not aggressive unless and until they are given a reason to be.

then there is the fusion of cat and girl. the catgirl takes the “cutest” and most traditional elements of the cat – ears, tail, and whiskers – and assembles them onto the girl. thus, our inverted catgirl ought to take the most disturbing and detestable elements of the human and assemble them onto the hornet. for this exercise i will propose the spine (deformed due to our bipedal nature compared to most creatures), the chin (a structure that no other animal possesses), and the penis (for obvious reasons).

thus, we can safely conclude that the ideological opposite of the catgirl is

Take your prize and get out of my house.

okay now im curious. reblog this with where youre from and if you sleep with your door open or closed

UK, closed. Why on earth would you leave your door open?

huh, my reaction is the exact opposite of yours: why would you close your door?

i mean the door to my bedroom doesn’t even close properly in the first place, but further than that the only reason I would have to try to close it is to keep heat inside during cold weather (which i am doing these days, or at least trying to because see above).

of course I live alone, so the only person walking through doors anyway is me; closing them seems a waste of effort if I’m going to open them again later, so why do it in the first place. But even when I lived with other people closing my door was an exceptional I-am-naked-right-now-don’t-come-in situation, or to stop the light from bothering others when I stayed up late; since neither of those is the case when I sleep, I didn’t see a point to closing the door

Closed, to block sound and light from the rest of the house. I’m from the USA, specifically New Jersey.

When my door is open, I’m much more likely to be woken by people using the bathroom (which is just outside my door) in the middle of the night, and by people talking pretty much anywhere in the house in the morning if I’m not already awake by then. Closing the door neatly blocks out those problems, as well as additionally blocking out the “I’m not necessarily the last person to go to sleep” problem and its associated sounds and lights around the start of my sleep cycle.

(My door is by no means perfect at blocking either light or sound when closed—it has a couple-inch crack underneath through which both can still get in, and also sound has a way of getting into my room through the floor and walls—but its closed state is still a whole lot more effective at both than its open state is.)

It depends on circumstances.

In New Jersey before the age of 12 or so, I slept with my door open and felt vaguely guilty about it: the children’s books on dealing with disasters said you should always sleep with your door closed, so that if a fire broke out elsewhere in the house there would be an extra barrier between you and it (buying you time to figure it out and [leap out your window]/[call for help]).

Age 12 – 13, I went to bed earlier than the people sleeping in the bedroom directly across from me, so I closed my door to keep their light out.

13 – 22, I slept with my door open because my bedroom in the new Ontarian house was not directly across from anyone and the former consideration no longer applied. Also my bedroom was so small that I had to put a table in the way of the door.

22, my brother was leaving the house before I woke up (to go to culinary school), and I slept with my door closed so that him closing the front door wouldn’t wake me. (I managed to figure out a furniture configuration that makes the door closable, at the cost of making it difficult-but-not-impossible to reach the bookshelves.)

Now, I keep my door open whenever nobody is planning to leave the house before I wake up, and sometimes even then. And when I *do* have to close it I look forward to being able to open it again: I’ve now *also* heard that sleeping with your door open improves air circulation and keeps the carbon dioxide from building up as you sleep, and since my room is very small and my house is not wood-heated, excessive carbon dioxide seems far more likely to occur than fires.

THE HIDEOUS YELLOW HELL-ORB HAS ARISEN ONCE MORE, AND GAZES UPON THE LAND IN WHICH I DWELL!

WHO WILL JOIN ME IN RAIDING IT TO MAKE IT STOP?!