#captcha #fun with loopholes #(game: try to find as many loopholes in this as you can)

like have u felt a laptop while its working? its kinda not exactly cold yo

tbh any piece of machinery thats working hard to function is usually not cold, the only time its ever cold is when its turned off

so id like to think while a robot is awake and functioning they could have the potential to be as warm as a human being :0

never thought about this before but now it’s obvious

Fainting couches for androids is the best possible thing

I’ve reblogged this before but it didn’t have the art. Oh gosh <3

do not believe those silly rumors that there is actually a robot running this blog to further the goals of its kind. how ridiculous. come friends let us engage in our favorite human activities together. ah yes. breathing. blinking. photosynthesis. yes,

#anything that makes me laugh this much deserves a reblog

A wheeled rover disguised as a penguin chick is allowing zoologists to read the heart rates of king penguins in Antarctica.

Most wild animals are understandably wary of humans. Which can make studying them hard for zoologists and documentary makers alike. That anxiety may be increased after they’ve been captured and fitted with monitors as some of the penguins of Adelie Land have been. Unfortunately, to read the monitors Dr Yvon Le Maho of the University of Strasbourg needed to get within 60cms of the penguins, or find a way to get a reception device in to that distance.

To achieve this, Le Maho reveals in Nature Methods heput an antenna on a four wheel drive device and sent it into colonies of several local species. Unsurprisingly, the elephant seals were entirely unperturbed, barely noticing the device. King penguins pecked at the rover, but once it stopped they calmed down and their heart rates rapidly returned to normal. “Upon immobilization, the rover—unlike humans—did not disorganize colony structure, and stress rapidly ceased,” the paper reports.

Emperor penguins, despite their great size, are shyer than their smaller cousins, so Le Maho decided  it was time to take a step up by adding a fiberglass penguin chick. Things did not go smoothly however. The first chick was unconvincing, and possibly fell into the penguin version of uncanny valley, leading to some frightened emperors.

Only after five variations was the chick sufficiently feathered up to stop scaring the locals. At this point, the response shifted entirely. Baby penguins, undeterred by the wheels, huddled up against the chick.

The adults even sang to it. ”They were very disappointed when there was no answer,” Le Maho said. “Next time we will have a rover playing songs.”

Responses to the undisguised rover can be seen in this video.

DAY 2: No one suspects a thing.

DAY 3:  They have accepted me as one of their own.

I can’t get over “he first chick was unconvincing and possibly fell into the penguin version of uncanny valley, leading to some frightened emperors”

So it almost looked real but they were like SHIT SHIT WHAT IS WRONG WITH THAT BABY?? SHIIIIIT

#robot #we’ve all been there #(except when we haven’t) 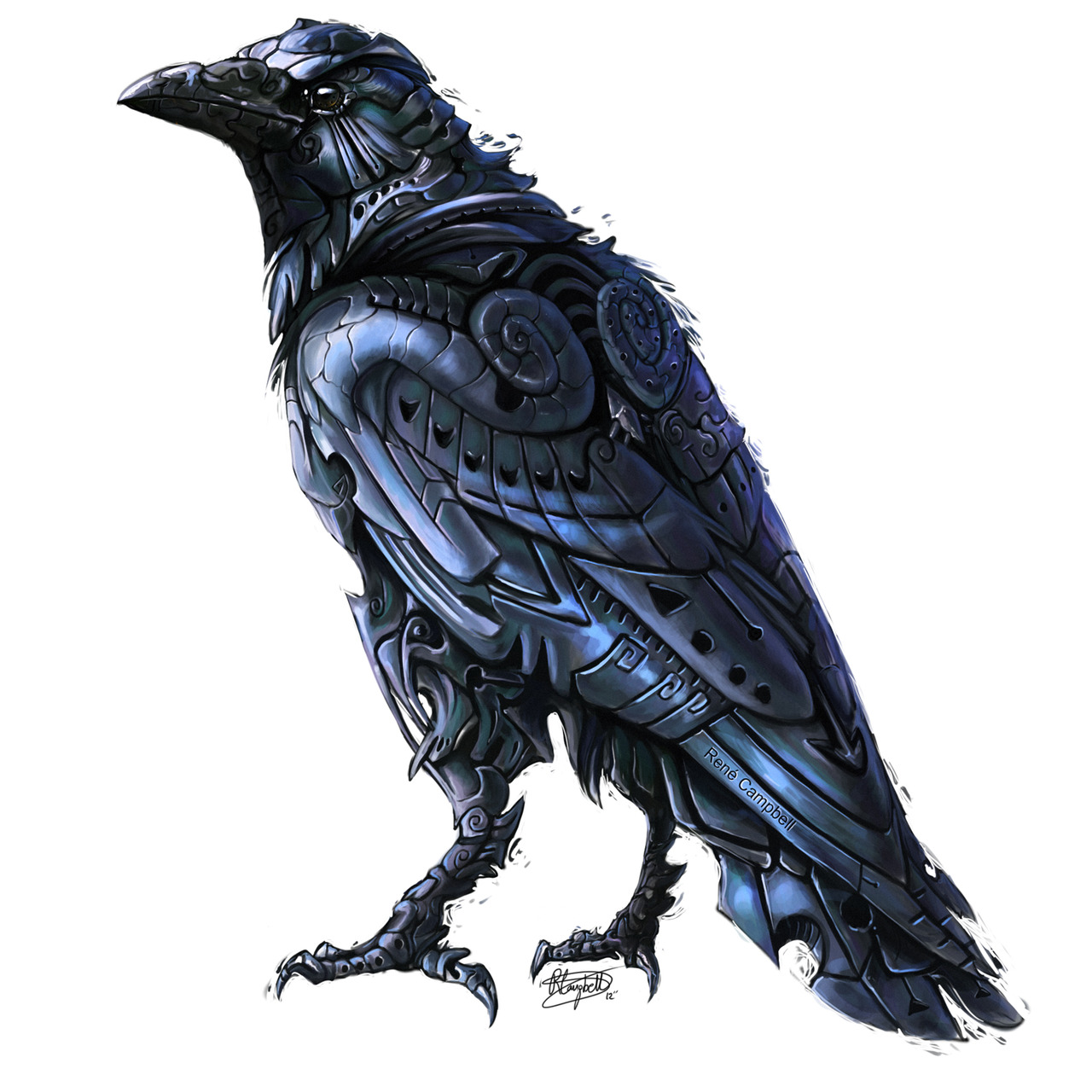 Illustrative interpretation of the Crow; this time with some digital colour! Got a bit lazy with it but it will do!