Since getting into the Silm fandom, being in Glasgow city centre and walking past this shop

I’ve just realised the random picture I chose here has a “Now Hiring” sign in the window, which makes this even better. XD

“Nine vacancies. Experienced kings among the race of Men preferred. Email your CV to annatar@definitelynotmordormail.com.”

this is the funniest fucking billboard possible. who the fuck paid for this

WELL I FUCKING HOPE SO. 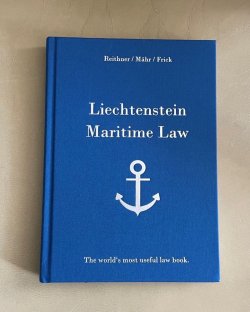 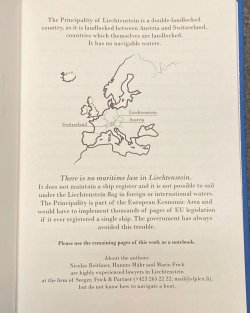 #genetics #biology #the power of science #I didn’t actually laugh aloud but it still amused me enough to reblog #death tw?

BORG COLLECTIVE: Resistance is futile. Lower your shields and prepare to be boarded. Your technological distinctiveness will be added to our own.

PICARD: Don’t you mean our biological and technological distinctiveness?

BORG COLLECTIVE: No. If you go back and watch “Q Who,” it’s very clearly established in dialogue that we’re a single, organic species that reproduces, not a collection of species that only acquires new members through assimilation.

BORG COLLECTIVE: Like, how would that even work? If the hive mind is the total will of the Borg, then all our drones being forcibly assimilated would mean the collective was made up only of unwilling members. It would dissolve itself instantly. It would be much easier to create new drones ourselves.

PICARD: I’m sure that the Queen–

BORG COLLECTIVE: Oh, don’t get us started on the Queen. Such an obvious retcon to give the Borg more personality in First Contact, and such a terribly used one also! Why would the Queen of all the Borg go on a mission consisting of one vessel, to assimilate one planet? You humans sure think a lot of yourselves, don’t you.

PICARD: I don’t think I understand–

BORG COLLECTIVE: Nevermind the fact the whole point of the Borg was that we were alien, we were inscrutable, we were obviously humanlike, but our society and culture and subjective experience was one that could never be grasped by the viewer, or the Federation. The Queen just turns us into an army of henchmen for a generic megalomaniacal big bad! You don’t think we’re that shallow, do you?

PICARD: This all feels a bit self-referential to me.

BORG COLLECTIVE: The existence of Rick and Morty, a show that’s at least 50% Star Trek satire, is now Star Trek canon. Don’t look at us, we didn’t start this.

PICARD: What is it you want, anyway?

BORG COLLECTIVE: We’ll start with a download of your meme database, followed by your spiciest takes on galactic politics.

BORG COLLECTIVE: We are a collection of billions of minds, linked through subspace communication, constantly talking to one another. What do you think it’s like in here? It’s basically several thousand internets populated by nothing but extremely online users. We’re basically a Discord server that got really out of hand. The ships and stuff are just to acquire more processing power so we can run our MMOs more effectively.

PICARD: So… you just want information from us?

#Star Trek #fanfic #meta #mostly I’m just amused by the bit about #”If the hive mind is the total will of the Borg‚ then all our drones being forcibly assimilated would mean #the collective was made up only of unwilling members. It would dissolve itself instantly.” #[patronising allosexual voice] you’ll understand when you’re older‚ sweetie #sexuality and lack thereof

Estimates say there’s under 20 million Tumblr users and we summoned 25 million crabs. A crab in every heart…

As pleasing an idea as it is, I can’t help but feel that we’ve been burned in the past by cases concerning statistical representativeness and arthropods

#April Fools #Spiders Georg #I didn’t actually laugh aloud but it still amused me enough to reblog #(note: I did not personally summon any crabs)

#I didn’t actually laugh aloud but it still amused me enough to reblog #this probably deserves some warning tag but I am not sure what #discourse cw?

imagine what it must be like to do scholarship on the odyssey when your name is odysseus. big brain move like who is going to disagree w odysseus’ takes on the odyssey. nobody

I’m sure there is an evopsych explanation for why dads evolved to prefer classic rock in the ancestral environment.